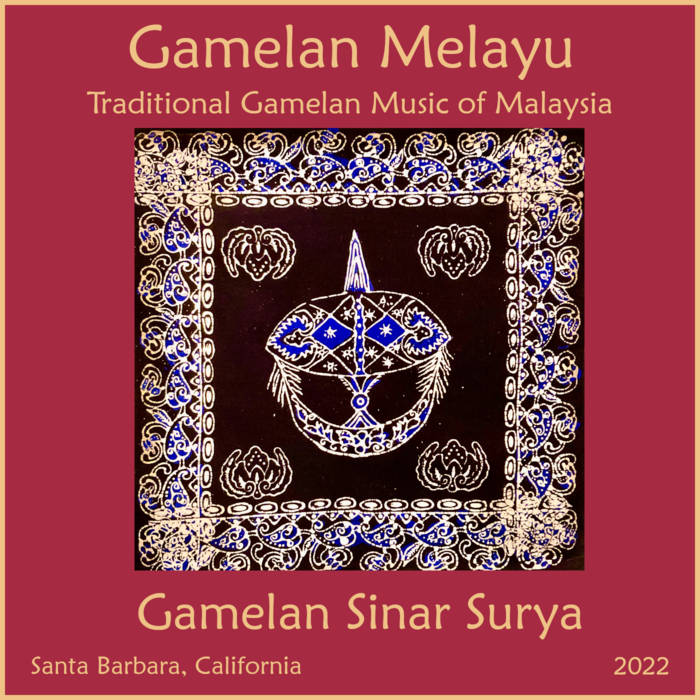 Gamelan is the enchanting gong orchestra of Southeast Asia. With deep historical roots on the Indonesian islands of Java and Bali, Gamelan has spread to other islands such as Madura, Lombok, Kalimantan, Sumatera, and elsewhere, where it has developed over time into scores of distinct regional styles and forms.

Gamelan Melayu is one of a constellation of treasured Malaysian arts—such as wood carving, traditional architecture, keris making, batik cloth—with connections to the legendary Malay Kindom of Langkasuka. The music is inextricably connected to a group of elaborate royal dances, known collectively as Joged Gamelan, that traditionally were performed in the palaces of Malay sultans.

Despite its over 200 year-old tradition, Gamelan Melayu is relatively unknown in the music world, especially when compared to the Indonesian Gamelan traditions of Java, Bali, and Sunda. Although the instruments are clearly based on Javanese models, the compositions and style of playing are part of a distinctly Malaysian heritage.

Gamelan Sinar Surya, located in Santa Barbara, California, has previously released seven albums of classical Gamelan music from the north coast Javanese sultanate of Cirebon, Indonesia. In addition to my studies in Cirebon Gamelan, I was fortunate to have the opportunity in 1980 to study Gamelan Melayu in California with the well-known Malaysian Joged Gamelan expert Marion d’Cruz.

It has long been my dream to produce a recording of this beautiful and little known form of Gamelan music. Although none of our members have yet had the opportunity to travel to Malaysia, we were motivated by a love and respect for the music to produce this album.  We hope that this recording, with all its shortcomings, will be accepted in the spirit it is offered to our fellow lovers of Gamelan Melayu in Malaysia and beyond.

This album is respectfully dedicated to Encik Hamzah Abdul Hamid, a man who has dedicated much of his life to performing and teaching about Gamelan Melayu, and whom I am honored to call my mentor and my friend. Salam Budaya.