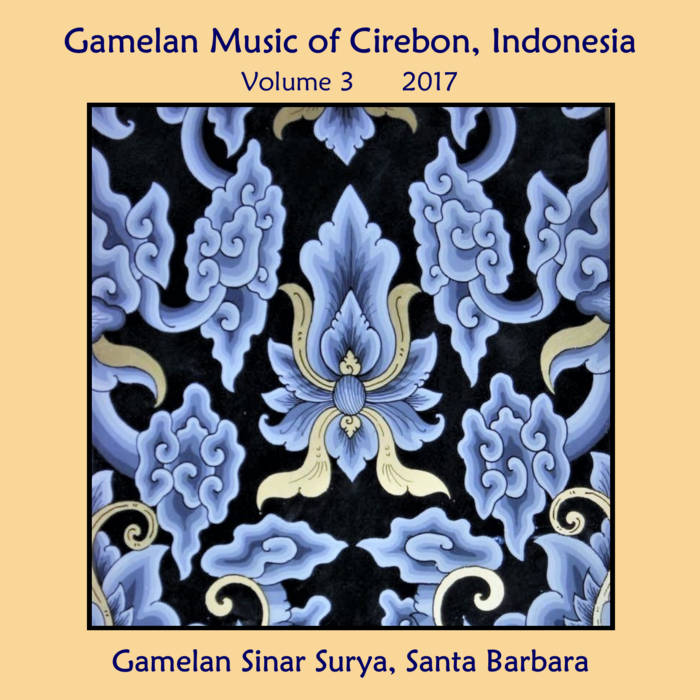 In this third CD of traditional Indonesian gamelan music, the California-based group Sinar Surya presents a varied selection of pieces from the ancient Javanese kingdom of Cirebon. Examples from all five genres of Cirebon gong ensembles are heard, played in a spirited manner by a dedicated group founded in 2002 that works closely with musicians in Indonesia. Many of the pieces heard here are quite rare, and it its hoped that this recording will assist in the ongoing renaissance of traditional arts in Cirebon.

I wish to thank His Highness Sultan Abdul Gani Natadiningrat SE of the Kacirebonan Palace in Cirebon, Indonesia for his consistent and enthusiastic support of the arts and culture of Cirebon.
Special thanks also to Bapak Iman Taufik and Ibu Nani Taufik for generously opening their lovely home to the members of Gamelan Sinar Surya during our visits to Indonesia.

Thanks also to Ian Martyn for his invaluable expertise in recording, mixing and organizing all aspects of our CDs; to Cirebon glass painter Mas Kusdono for permission to use his late father Pak Rastika’s beautiful painting for our CD cover; and especially to my wife Felicia Danon North for her creative graphic design, musicianship and her unwavering support.